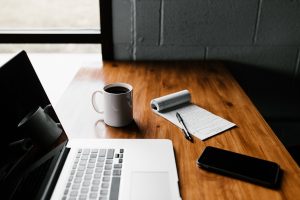 The summer season is winding down, and businesses are preparing to shift into the fourth quarter. One in three small business owners say that Q4 tends to be the most profitable—and also the busiest—time of year, especially those in the retail and restaurant industries.

As we close out the summer season and roll into October, these are the economic and market trends commercial real estate investors and business owners should keep in mind.

Regionally significant, walkable urban places—known as WalkUPS—account for only 0.17% of U.S. continental land, but boast significant rent premiums. On average, rental rates for office and retail spaces in these WalkUPs are more than double the rates found in drivable suburban areas.

Specifically, WalkUPs rent premiums (compared to suburban regions) are 121% for retail, 105% for office, and 61% for multifamily buildings. These figures aren’t surprising when you consider that foot traffic is one of the most sought-after criteria for commercial properties.

Tech is big, and it’s only continuing to grow year after year. In 2018, the number of U.S. tech companies with valuations of $1.0 billion or more—popularly known as Unicorns—reached a record 156. Venture capital investments also doubled in 2018 compared to 2017.

With all of this tech industry growth comes a rapidly increasing demand for tech office space. In fact, the technology sector has been the single largest office space user for the past five years, representing a whopping 25% of total leasing activity.

Moving forward, there is every reason to suspect that this trend will continue. Pharmaceutical and life sciences, data processing, hosting, transportation technology, and artificial intelligence are all predicted to be key players going forward.

3. Deliveries Have Not Impacted Industrial Vacancy

Speaking of tech, one of the most highly anticipated technologies lurking on the horizon is the use of drones and autonomous vehicles in the manufacturing and distrubution industries. Adoption of these technologies is expected to more than double in the next five years, and widespread disruption to supply chain-related commercial real estate is expected.

Two-thirds of the total industrial inventory in the U.S. is devoted to logistics, and 60% of the available space is more than 20 years old. These spaces will need to be redesigned to accommodate these new technologies—or risk obsolescence.

For the moment, existing inventory availability is holding tight. The national industrial vacancy rate is remaining steady at 4.9% as of Q2 2019, well below the five-year average of 5.8% and the ten-year average of 7.8%. Clearer differentiations in asset quality are likely to emerge with time; this is one commercial real estate trend we’re continuing to track closely.

When the yield curve inverted briefly in March and April this year, we were relatively unconcerned, as they were not persistent inversions. The inversion since May, however, has persisted and has continued into August.

Although it is very unlikely that there will be another recession anytime soon, it’s worth paying attention to this economic data. One possible consequence of this trend is additional interest rate cuts, among other measures, to prevent any material deterioration in the economy.

Jobs are the lifeblood of commercial real estate. When employment rises, so does demand for office space. This is exactly why America’s recent milestone of 107 consecutive months of job growth is great news for commercial property owners and investors.

The last time employment declined was in September 2010, making this the longest sustained period of job growth in the post WWII era. While the technology sector has seen a large share of this job growth, other rapidly growing industries include transportation, distribution and hospitality.

After ten steady years of expansion following the global financial crisis, there are growing concerns of a slowdown—especially in response to the U.S. trade war with China. Oxford Economics has estimated that existing tariffs may have a 15-20 basis point impact on real GDP growth for 2019.

Moving into Q4 and eventually 2020, an increase in U.S. – China trade tariffs are predicted to reduce domestic GDP by raising domestic prices and reducing purchasing power.

In 2018, there were a total of 15 tropical storms and hurricanes in the North Atlantic—more than the 1981-2010 yearly average of 12.1 storms. But what does this mean for commercial real estate investors, property owners and renters?