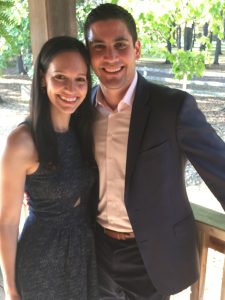 A passion for people, places and problem solving has been an undercurrent throughout much of David’s professional life, but it was the igniting of an intrinsic sales gene that catapulted him into commercial real estate.

During his undergraduate studies at Ohio State University where he earned a Bachelors degree in Geography and History, his original plan was to become a high school teacher. After earning a Master’s degree in Education and Social Policy, he landed his first teaching job at Evanston High School where he became part of a group of teachers who started Legal Prep Charter School – the first ever legal themed charter school in the country. A few years later, and after spending some time teaching in Israel, David became involved in AIPAC, where his first assigned territory was Ohio. It was also where he leaned into his love of sales and first considered a career in commercial real estate.

“One of the people I was trying to raise money from was a local broker here in Cleveland. He said if I ever came back to Cleveland that I should work with him. Real estate has always been something that interested me, and I really care about my city and the development – and how rapidly Cleveland is growing. I knew I wanted to be a part of it, and I was thankful to have someone who wanted to show me the ropes.”

After a couple years spent learning the industry, David realized how much he truly enjoyed being a part of a team and sought after a company that he could grow with.

“I really admired what Rico was able to build at Cushman & Wakefield | CRESCO. It immediately felt like a youthful, energetic place to work; I knew it would be a place where I could grow and thrive –  and become a part of a culture. The entire office revolves around genuine collaboration, sharing and helping. If I run into a problem or have an idea, the answer from everyone is always: How can I help?”

Although David began his real estate career focusing primarily on office and tenant representation, he hopes to incorporate his love of geography and eventually evolve his expertise and hopefully become more active in the Ohio City area.

“I love the dynamic community of Ohio City – so much is happening with retail, office, etc., and I know that will lead to more retail, investment sales, development clients and transactions. I want to exercise more of my analytical skills and get involved in the investment and development side of the business.”

Becoming a broker is where David’s passions finally feel in sync. To him, being able to offer a client a fresh look or new alternative to what they’re trying to solve is deeply satisfying. Most of all, David enjoys the tangible aspect of the real estate industry and the effect it has on his hometown.

“I like that at the end of a deal you see a building go up, or a new tenant come into the area – which adds to the positive growth of our community. One of my favorite deals I did was with Forest City Shuffleboard. When we first toured, it was an empty, old space, and when the owner mentioned it becoming a shuffle board place, I thought, no way! But to now see how incredible it has become, and how it’s bringing people to the neighborhood and reviving a community – it’s just such a good feeling to be a part of something that has a real impact.”

As a father of 2 kids under the age of 3, any free time David has is spent with his family in South Euclid. In between, he tries to find any time he can to sleep, as well as get outside as much as the Cleveland weather will permit. He also participates in a late-night soccer league and as a Cleveland native he has unwavering support for his city’s sports teams. Just like everyone else in Cleveland, he’s cautiously optimistic that this year is finally the year of the Browns.

We’re so happy to have David on our team! You can learn more about David or connect with him directly at dleb@crescorealestate.com.