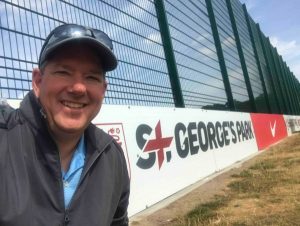 George has been with Cushman & Wakefield | CRESCO Real Estate for more than 15 years, and since joining the Cushman & Wakefield Alliance in 2005 — the same year he received his Certified Commercial Investment Membership (CCIM) — he has been the industrial market research leader, giving national insights on the Cleveland market. George has successfully handled more than 800 transactions in 13 states.

He looks at his CRESCO coworkers as a strong team — the same five-person team since 2009, playing off of each other and working together to offer fantastic service for their clients. It’s the blend of skills and the fact that clients prefer a group over an individual that George credits for the team’s sustained success.

“We share in everything we do,” he says. “We are a society of instant gratification and with a team, we are able to better service our customers’ needs as sole brokers can’t be in more than one place at a time. With the team philosophy, our success is the direct result of multiple individuals with different skill sets collaborating as a group focusing on a definitive business plan for the betterment of the entire team.”

Don’t think it’s all work and no play, though. George’s leadership skills and teamwork take him to the field as well, coaching his kids’ basketball, baseball, soccer and football teams since they were young. He has three children, aged 12-16, with his wife of almost 20 years, Teresa.

“We spend lots of time in the car traveling to practices and games. I love watching them compete,” he says. “We also have a Winnebago and look forward to traveling out west next summer for a couple of weeks to enjoy our country and punish our kids.” 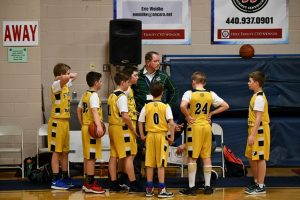 George thrives in the constantly changing day-to-day environment he lives and works in. In his professional setting, he’s an industrial specialist, touring facilities, warehouses and manufacturing plants on a regular basis. Each day brings something new to see, learn and experience in a variety of different industries that he services, including breweries, machine tool manufacturers, banks, retailers or sports equipment suppliers.

George has most recently been named to the Midwest Real Estate Hall of Fame in December 2018. Please join us in congratulating him on his well-deserved recognition. You can contact George at gpofok@crescorealestate.com.