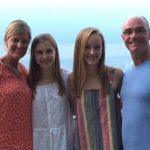 Establishing trusted, authentic relationships with his clients has always been a cornerstone of Kevin Kelly’s real estate career. He learned at a young age the value and power of these relationships while watching his father manage several properties throughout Northeast Ohio, and he knew he wanted to get into the industry.

Kevin graduated from Miami University with a BA in Finance and a concentration in Real Estate. He spent his first year after graduation sharpening his sales skills by selling office equipment and cellular phones (back when cell phones came in a 20-pound briefcase!). Not long after, he landed his first job at a national commercial real estate firm developing their data base of available properties and local investors.

“I began my real estate career with a concentration in industrial and investment because that’s the type of properties my dad owned. Although I never worked for him growing up, I was lucky enough to work alongside him after I earned my license, brokering transactions on his behalf and then eventually becoming partners in a few real estate deals.”

Kevin spent the next 15 years establishing more of those same types of partnerships with his clients, curating a remarkably loyal and solid book of business. He joined Cushman & Wakefield | CRESCO in 2004, along with several other industrial brokers, which catapulted the company into one of the largest industrial brokerage firms in the region.

“I have long admired and respected the people at Cushman & Wakefield | CRESCO, so I knew it would be a great fit. Being locally owned, while having access to the national and international resources of Cushman & Wakefield provides my clients with the best possible representation. And internally there’s so much more to our culture than collaboration – there are true friendships and partnerships here.”

But relationships aren’t the only features of real estate that Kevin enjoys. One of the most interesting aspects, he says, is seeing firsthand how entrepreneurial owners take an idea, often one that he had never considered, and develop it into a profitable business.

“I have been fortunate enough to see many companies grow from infancy to a fully mature business, often providing real estate services numerous times throughout the business growth cycle. Seeing my clients succeed and providing some small insight along the way to help increase their productivity and profitability is very gratifying.”

As a born and raised Clevelander, Kevin is also excited about the current renaissance of the city and attributes much of that success to the low interest rates and steady economic growth – especially in the manufacturing industries.

“The current industrial market in Northeast Ohio is unlike anything I’ve ever experienced in my 32 years in brokerage and the city of Cleveland is in as good a position as I’ve seen it in my lifetime. It’s been fantastic to watch the expansion of the markets and I still believe there is room to grow.”

When he’s not spending time with his clients, Kevin spends as much time traveling with his family as he can. He lives with his wife and two daughters in Westlake, Ohio; One daughter is bound for Notre Dame in the fall! Most recently, Kevin earned the distinction of the 2018 Industrial Broker of the Year award at this year’s NAIOP Awards of Excellence, for his exceptional year in real estate. This is the second time Kevin has won the award in the past 5 years.

We’re so happy to have Kevin on our team! You can learn more about Kevin or connect with him directly at kkelly@crescorealestate.com.