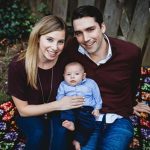 Shawn Fortner recognizes that constant learning makes for a great broker. A young professional and native Clevelander, she seeks out organizations and mentors to sharpen her knowledge base to be the best broker she can for her clients.

Having worked in commercial real estate since graduating from The Ohio State University with a BSBA in Real Estate and Urban Analysis, she’s familiar with the ins and outs of the business. Shawn spent 3 years specializing in retail leasing at Columbus based mall REIT Glimcher (now Washington Prime) before moving back to Cleveland.

“I knew David Leb, and saw that he had organized the Young Commercial Real Estate Professionals (YCREP) here in Cleveland, so I reconnected with him,” Shawn says. “He really liked CRESCO and had great things to say about it.”

Shawn grew up in Cleveland, and was excited to move back in 2016 after her time in Columbus. She was hired by DDR in 2016, then joined Cushman & Wakefield | CRESCO in September of 2017 to bring retail expertise to the team.

The transition itself was a very positive one, not only coming back to the city she loves, but also delving into slightly new territory as a broker vs. being in-house. As her career began at CRESCO, Shawn sought out a mentor to aid her in her professional development. Rico Pietro, Principal with CRESCO, was perfect for the role, with his 20 years of experience and position on the Cushman & Wakefield Tenant Advisory Counsel.

“It’s so important to have someone to go to when you have questions or are dealing with situations you’ve not dealt with before,” she says. “Rico is a wealth of information and it’s a privilege to work with him. He’s always more than happy to help me.”

Shawn has found that that’s a sentiment shared by many on the CRESCO team, both within the organization and in interactions with their clients.

“One of the draws of CRESCO was that they are good people and not just brokers doing the work to earn a paycheck,” she says. “I didn’t want to be that type of broker. I wanted to be one that put the client’s best interests first rather than my commission and saw the deal through from introduction to store opening — even past lease execution. I wanted to stay involved throughout the process.”

The freedom to go after whichever business she wants as a broker is a liberating aspect of the job for Shawn, as she was limited to what the landlord owned when she worked in-house on the landlord side. She has a number of transactions already under her belt, including the second location of Whistle & Keg, a Youngstown-based taproom expanding into Downtown Cleveland.

When dealing with national retailers, Shawn likes to examine the highest performers in other markets to see what works for the brand. While she’s there, she also looks at what small businesses are doing.

“I do a lot of canvassing in comparable cities or neighborhoods and will pop into boutiques to talk with owners and see if they would think about opening another location,” she says. “It’s always exciting to help small businesses grow.”

Back home in Cleveland, Shawn takes advantage of all the city has to offer — particularly the great local restaurants, the West Side Market and Ohio City. She has a six-month-old son that keeps her busy, who she’s anxious to get to the beach in the summer to see if he loves the sand as much as she does. Lake Erie is her favorite thing about Cleveland (and what she missed most about her hometown while living in Columbus), and she enjoys going to Edgewater Live in the summers to listen to live bands and enjoy the nice weather by the water.

She prioritizes her family and personal time, but advises anyone looking to be a broker or new to the industry that in order to be successful, you’ve got to grind it out. “It’s not a salaried 9-to-5 job,” she says. “You have to work outside of business hours and put in the time, but in the end, it’s very rewarding.”

We are so happy to have Shawn with us at our Cleveland firm! To connect with her, email sfortner@crescorealestate.com.