The number of standalone retail projects that will fail is likely a lot less than many fear, but the way out for these properties will increasingly be mixed-use. Struggling Class C malls may find new life as mixed-use multifamily, medical, campus, office or hospitality projects, and urban office, multifamily and hospitality projects alike are all deeply interested in landing the right kind of retail to drive the “halo effect,” which is all about boosting the overall value of a project. The concept is simple: it harnesses a retail mix for amenity-craving consumers (often with discounted rent for retailers on the ground floor) that drives greater rents upstairs.

In other interesting news, casual dining giant Bricker announced the sale-leaseback of 98 properties to SunTrust Equity — another smart move that will monetize roughly $159 million for Brinker while giving them greater flexibility. And while this runs somewhat counter to the long-term outlook many retailers held in the past, in the rapidly evolving retail and restaurant world, flexibility and raising capital in this way is hard to argue against. 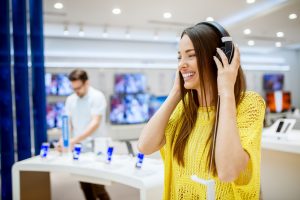 Everything changes, and retail is changing at a faster pace than ever. This is an evolution on steroids, speed and Amazon juice.

The good news? Unlike other retailers facing this fate, Brookstone will survive. In recent years their foray into airport retail has been a bright spot; however, their mall stores haven’t fared so well in the face of encroaching online retail and dwindling store sales. As part of its Chapter 11 filing, Brookstone will close all remaining 111 mall stores but will keep their 35 airport locations and e-commerce division open.

Considering their category, one could argue it’s a miracle Brookstone has survived this long. The unique nature of their merchandise meant that Brookstone was particularly vulnerable to online retail. While their online platform and airport stores – with their selection of travel-focused goods and an affluent consumer base with time to kill between flights – have performed well, the mall stores were more about browsing and finding goods that you didn’t know you needed. The challenge in the newCommerce age is that if you need a hard-to-find item, you probably start with an online search. If you ask the average consumer what goods Brookstone sold besides very expensive massage chairs, most consumers struggle with an answer beyond “gadgets.”

The good news is that nearly all of Brookstone’s 111 stores are situated in Class A malls. I don’t want to sugarcoat things, but keep in mind that the typical sales per square foot (psf) for Class A projects begins at $600 psf. The last time Brookstone openly reported sales per square foot that I know of was 2011 when it stood at about $511 psf, but sales have slid since then. 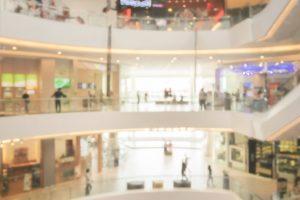 While no retail bankruptcy is good news, most Class A operators should be able to backfill Brookstone’s vacant spaces (which are typically in the 4,000 sf range) within six months to a year – and they will likely do so with concepts that generate higher sales. This also translates to an even greater amount of space on the market (about 4 million sf) and a further diminished tenant pool, one that will impact the fortunes of all malls. Concepts that are growing are still looking at quality first, so Class B projects and below will see even less spillover from tenants priced out of Class A space.