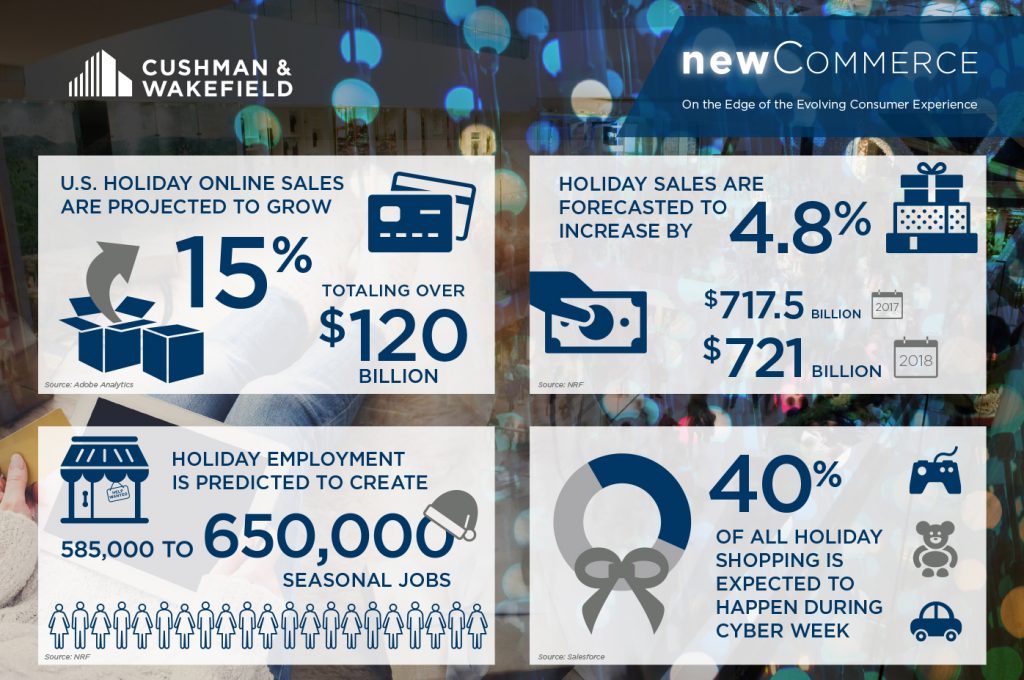 Brown:  First off, the holiday shopping season isn’t looming. It’s here and it’s been here for weeks. There were a few retailers that started pre-holiday promotions right after back-to-school wrapped.

Conwell:  No doubt. Black Friday may be the traditional start of the holiday shopping season but it’s increasingly rare to find a retailer that isn’t decorated for the holidays and running promotions the day after Halloween. The “Christmas Creep” is real. Get used to it.

Brown:  The “Creep” continues to erode the significance of Black Friday as the single most important day of the year for physical retailers with the sales increasingly dispersed throughout the calendar and with more competition from Cyber Monday.

Conwell: Look for total US holiday online sales to grow 15% to over $120 billion, or approximately 15% year-over-year, per Adobe Analytics. Cyber Monday will again outpace Black Friday proving shoppers prefer using work hours instead of holiday hours to do significant spending.

Last year most economists were forecasting gains in the 4% range and the final totals, according to the National Retail Federation (NRF), came in at 5.3%. That was the strongest jump we had seen since after the Great Recession in 2010. Do you think 2018 will be a repeat of 2017 with the market outperforming analyst predictions?

Brown:  Yes, and with potentially more accomplishment. These numbers are about year-over-year performance and in 2010 that rebound in the metric was impacted by how dismal 2009 numbers were.

I think the impacts of tariffs and greater price inflation will also boost sales totals this year. The consumer is going to spend more because items cost more. I predict 5.3% growth this year, based on November and December total retail sales, minus cars, gasoline and restaurants. But remember that those numbers include eCommerce as well.

This year, the NRF is forecasting that sales will be up somewhere between 4.3 and 4.8% for the 2018 holiday shopping season. Based upon these numbers, a 4.8% increase would mean that total sales would climb from $717.5 billion to $720.9 billion this year.

Conwell:  Deloitte predicted a 5 to 5.6% increase in sales and a holiday season that would see sales exceeding $1.1 trillion. Why the discrepancy?

Brown:   It’s just a matter of methodology really. The NRF numbers track retail sales, excluding automobiles, gasoline and restaurant expenditures, for the months of November and December. Deloitte’s figures are seasonally adjusted and just exclude automobiles and gasoline—so restaurants are in there and that clearly makes a big difference.

Conwell:  This looks to be another strong year for online sales growth. Mega Internet retailers are predicting a 15.5% boost in eCommerce this holiday shopping season, which is roughly in line with what increases have been the last few years.

Brown:  Ben, on the supply chain side, what are you seeing as being the greatest potential problems this year?

Conwell:  The two key challenges are capacity and employment. UPS, FedEx, DHL, Amazon and USPS have spent billions of dollars in fulfillment capacity, technology, trucks and aircraft to insure surging volumes are managed, especially during all-important peak season.  Getting the difference between having too much, or not enough capacity is critically impactful: failed delivery promises or reduced earnings. The test is pass-fail.

Even more impactful is employment. With unemployment below the 4% range since June, we saw many outfits start holiday hiring sooner, but it’s still a considerable challenge. Structural full employment means there is not a deep pool for temporary positions. Quality and dependable labor puts significant upward pressure on wages.

Brown:  The same dynamic is playing out on the physical store side of things. Retailers that waited until October to hire are facing challenges. If these labor metrics hold into next year, beginning the hiring process as early as August is something that stores should plan on. That said, the NRF is predicting holiday employment will create between 585,000 and 650,000 jobs. On one hand, Nordstrom has announced they will double their holiday hiring this year to 24,000 seasonal workers. Target is boosting hiring by 20 percent to 20,000 this holiday season. Yet there are many chains that are hiring fewer workers. I can’t help but wonder if that won’t become a challenge for many and potentially have a modestly negative impact on sales. Though I stick by my prediction.

Conwell:  Indeed. And on the supply chain side of things, you may be looking at July to start hiring next year if these same labor conditions are in play. That said, we are seeing some interesting moves in supply chain and eCommerce. Amazon has announced they will be hiring 100,000 seasonal workers this year, down from 120,000 last year.

Brown:  Ben, is this a reflection of greater efficiencies in the supply chain, greater difficulty in finding workers or both?  And how do you expect it to impact shipping times in 2018?

Conwell:  All of the above.  While investment in automation in the supply chain continues to explode, we are years away from a meaningful impact on the number of logistics jobs required.  We should view robotic technology today as making workers more productive rather than driving sharp reductions in workers.

Brown:  Let’s pivot for a moment. I was at a conference a few weeks ago where the subject of toys came up. Clearly with the closure of Toys R Us, there is a void on the bricks-and-mortar side, though retailers like Walmart, Target, JC Penney and Barnes and Noble have all expressed plans for expanded toy departments or selections.

Conwell:  And you can’t forget Amazon which recently released a holiday toy catalog.  Old school is back.  No question we are seeing significant restructuring this peak to address the toy void.

Brown:  Additionally, Kroger has announced plans for 600 Geoffrey’s Toy Box pop-up stores. Geoffrey’s is a spin-off of Toys R Us, a recently formed LLC that bought the rights to more than 20 exclusive brands from the late retailer in the bankruptcy process.

Conwell:  Yes, that may be the fastest we have seen a brand resuscitated yet and is really a testament to the strength of the Toys R Us brand with consumers and the void left in the toy world.

Brown:  That said, in the toy world it is not uncommon for chains to see 40 percent of their sales taking place during the holiday season. Something that I have heard speculation on is the concept of whether or not seasonal pop-ups may be the future of toys. Am curious about your take on this and any implications for the supply chain when it comes to pop-ups in general.

Conwell:   Whether a retail location is permanent or temporary the challenges are the same and typically have more to do with ordering, timing, inventories and labor. Certainly, pop-ups are becoming increasingly prevalent and I suspect they may become more prevalent in the world of toys going forward.

Brown:  I agree that they will feature prominently. This is a sector worth exploring. If 40% of toy sales are during the holidays that means 60% of sales happen the rest of the year. There really is a void in the market now and an incredible opportunity for retailers—especially using a strategy of both permanent and pop-up stores along with eCommerce. 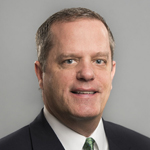 Ben  Conwell’s TAKEAWAY:  Online will again mark significant peak gains in sales, share penetration, technology and orders fulfilled.  While protecting margins is important, top line growth remains the name of the game.  And free fast shipping, as well as booming buy online and pick-up instore (BOPIS) will be even more ubiquitous.  We will see significant increases in online revenue for retailers across most verticals, but for many online success alone will not be sufficient to bring some retailers back from the margin.  And when the post-peak report cards come out, we will know which retailers properly handled capital investment in capacity and labor.  Keeping the sleighs running on schedule is a heck of a challenge. 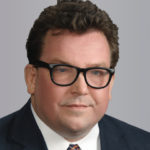 Garrick Brown’s TAKEAWAY:  My take is that this will be a robust period of sales reflecting where we are in the economic cycle. Most retailers will benefit. Some struggling retailers will get a bit of a cushion heading into 2019. Weaker concepts may feel less of a benefit. But I think it is important to remember that the ongoing wave of retail closures and bankruptcies is about a structural change in the marketplace. The economics of this year will be a huge positive for many but for the truly challenged, one strong holiday performance may buy time but isn’t likely to singlehandedly turn things around. It might, coupled with other factors, but we are going to continue to see heightened closures and bankruptcies for a while before the new newCommerce normal emerges.