A variety of new players have entered the data center arena in recent years, each having a unique perspective and investment strategy to share with major cloud clients and smaller colocation customers. These investors are attracted to the growing data center sector, one that witnessed over $20 billion of investment in 2017 thanks to unsated global demand for faster connectivity, more content, and the potential to earn higher returns in key markets compared to other real estate acquisitions.

The new data center investor sources capital differently. Rather than going public as a REIT or hunting down venture capital, they secure funding from investment vehicles like sovereign wealth platforms, pension funds, and industry suppliers. This generates investment returns from the long leases signed by anchor tenants unwilling to deal with the hassles of frequent migration. Of the new breed of data center investor, several stand out:

EdgeCore is a brand-new company formed by investors GIC Real Estate, OPTrust, and Mount Elbert Capital Partners. Three large projects totaling more than three million square feet and a whopping 615 MW in Dallas, Phoenix, and Reno are planned. Led by a former CoreSite team, they are targeting the major cloud providers judging by the size and scope of the projects.

Founded in 2016, CloudHQ immediately began development on its MCC1 data center in Manassas, VA. The large facility spans 460,000 square feet with 50.6 MW of power, and received an immediate win by leasing nearly the whole space to Microsoft. Future development is coming in Manassas for the organization, followed by development in Ashburn, Frankfurt, and London.

IPI Data Center Partners Fund is sponsored by Iconiq Capital and Iron Point Partners, two investment advisory firms with billions under management from pension funds and high-net-worth individuals. IPI first appeared on the data center radar with an investment in the upcoming hyperscale T5@Alliance in Dallas, and followed this with the acquisition of the final three Infomart data centers in Portland, Silicon Valley, and Northern Virginia.

Longtime office developer Northstar Commercial Partners has elected to enter the data center space, securing a $100 million build-to-suit deal in Northern Virginia for a Fortune 20 company. Northstar closed a deal in March to acquire land for the project, locating 37 acres in Sterling for approximately $41 million.

PointOne Development Corp has launched its data center division, securing land in Northern Virginia for a $1.5 billion, six-building project. The new site is in the Remington Technology Park, thus extending the borders of Data Center Alley south and west. PointOne has secured a whopping $7.5 billion from industry partners Black & Veatch, NRG Energy, Diode Ventures, and Enfinite Capital, and is now reviewing locations around the world.

Each of these new operators is aiming for the same lucrative slice of the market, signing the large wholesale leases for the likes of Amazon and Microsoft who tend to be operator agnostic. These cloud providers maintain the ability to negotiate incentives and other benefits to power their growth and create more options for their own customers. Over the long term, we believe that this sort of competition will cause a decrease in pricing across the industry, and only those who can provide the most value and/or a unique package of services and amenities will remain prominent in the data center market. Increased investment leads to increased competition, and the industry is now faced with a plethora of choices. 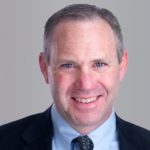 Dave Fanning is the director of Cushman & Wakefield’s global Data Center Advisory Group.   Dave brings more than 20 years of experience in the data center space, previously serving as Global Sales and Solutions Director of CBRE’s Data Center Solutions Group. Throughout his career, Dave has worked extensively with a wide variety of data center users, and has most recently worked as an advisor to several investors entering the data center market. 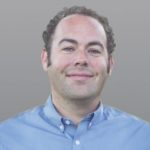